This week’s Tea Time Talk covers my latest recipe homemade sugar-free chai and dives into a topic I can’t let go of — recycling.

Most popular on Garlic Delight

Here are the most popular posts from this week.

What I’m lovin’ this week

Try out this recipe

Love chai lattes but hate the super sugary chai? You know, the kind you typically find in cafes (*cough* Starbucks *cough*) and commercial pre-mix concentrates from the grocery store?

Get this EASY homemade sugar-free chai recipe. Check out the secret twist in the recipe that allows you to avoid a bitter chai from the black tea leaves (a real problem when you don’t have sugar to cover up bitterness).

Get the recipe here: How to Brew DIY Sugar-Free Chai At Home

I can’t stop thinking about…

Why some towns in the U.S. have stopped taking your recycling. And the towns that are taking your used plastic, paper, and cans, are probably burying it in the landfill.

When I first moved to the U.S. in 2007, my jaw dropped open when I saw there was only 1 blue bin for recycling.

“Only one bin,” I thought. “What are you supposed to do with your paper and your glass and your cans and …”

You see, having grown up in the Kiwi school system, you learn the strict habits of recycling.

How Kiwis did recycling (or at least did in the 90s)

On a school trip in primary school (elementary school), we visited the local landfill to learn where our waste goes. The sickly sweet smell of trash decomposing under a searing sun is still imprinted in my mind.

Later, we visited the recycling plant. I saw a tank of plastic soft drink bottles fall down a chute like multi-colored confetti to become hard little pellets. These pellets would later become new drink bottles and toothbrushes.

We learned that we had to prepare plastics for recycling, such as rinsing out the plastic bottles and jars until they’re clean. And throwing away the lid in the rubbish bin because lids aren’t recyclable. We learned what each little number inside the recycle symbol means.

Not only was cleaning important, but we also learned to separate recycling. Which is why I was shocked to learn that in my Los Angeles apartment, there was only 1 recycling bin, and you could mingle everything.

Later, my friend Luke further scandalized me by announcing that he never recycles paper, glass, and usually not plastics because it’s better to bury it. Wow, is this what American recycling is all about?

Fast forward to August 2019, when I hear that municipalities all over the US are no longer accepting recycling. It’s impacted Canada, Europe, and Australia too.

China’s National Sword policy, enacted in January 2018, banned the import of most plastics and other materials recycled in these wealthy nations.

China was tired of being the “world’s garbage dump”.

Many other countries, such as Vietnam, Thailand, Malaysia, and India, are also issuing bans on importing plastics.

Environmental economists are now battling out the next solution. Some are arguing that it’s cheapest to bury plastics in the landfill. Others are recommending burning it, like German, Sweden, and the Netherlands do, using “incineration 2.0”. Finally, environmental groups are pushing package designers and product manufacturers to rethink less wasteful packaging.

What am I going to do about our recycling?

First, I was already considering switching from store-bought yogurt to homemade yogurt made in mason jars using our Instant Pot. It seems so wasteful to throw out all those containers. But laziness prevailed. Now I have a kick in the butt to revisit this idea.

Second, we should begin bringing utensils and leftover containers to restaurants. I’m tired of using plastic forks and Styrofoam cups. When we saw Alex’s cousin Nic and his fiancée Shannon brought metal straws from Cleveland to Cayucos, California, which they used to drink milkshakes, it made me realize I could do better with disposables.

Third, ALWAYS recycle cans. Colorado doesn’t have recycling bins as freely available as California did (even in liberal Boulder). I started getting lazy with my coke cans. Gotta remember to resist throwing it in the trash can and find a recycle bin, even if I have to take it home with me.

Fourth, try to shop less at Costco. The amount of plastic that place generates…Or at least complain more to management about reducing waste. (Done!)

Last, try not to stress too much about it. Reuse where I can. And then keep living life.

This site uses Akismet to reduce spam. Learn how your comment data is processed. 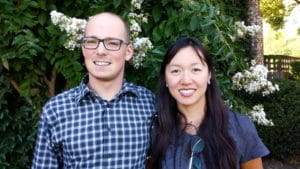 Want to cook once and eat the rest of the week?

END_OF_DOCUMENT_TOKEN_TO_BE_REPLACED 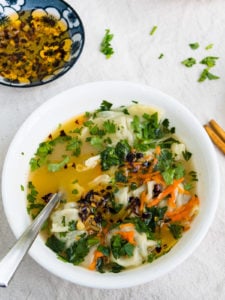 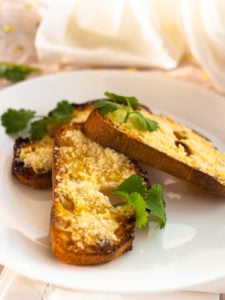 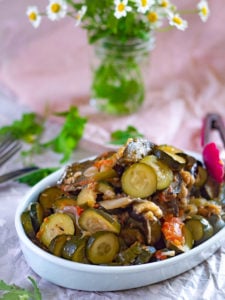 Top 3 articles to get you started on cooking with ease: 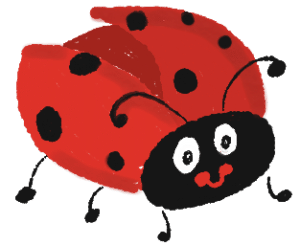