I was at a party recently listening to an amusing squabble over low-carb and low-fat diets. Of course, the squabblers didn’t realize that’s what they were debating. Rather, the arguments sounded like the passive-aggressive quips I fondly remember during the political tip-toeing around the Thanksgiving table circa November 2016 after the elections.

Doesn’t she know that eating so much fat isn’t good for her heart?

Have you ever seen a healthy vegan? They just can’t put on any muscle. It wouldn’t work for my body type.

The latest trend of the perennial low-carb and low-fat disagreement manifests itself as vegan versus paleo, or the newest fad on the block, the keto diet (short for ketosis). 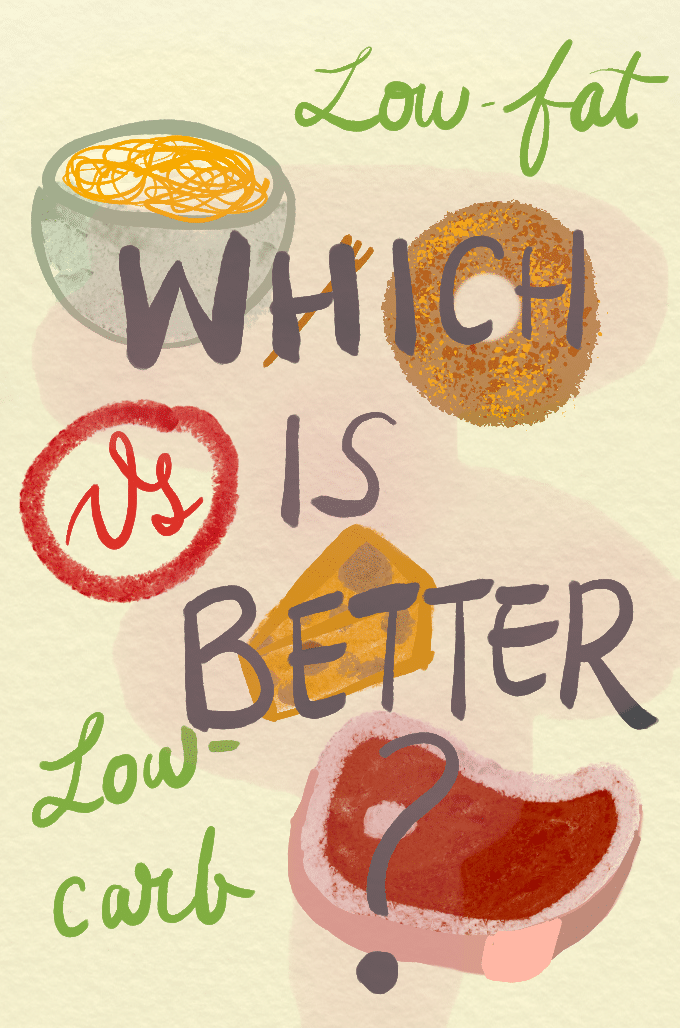 There’s a lot of confusion over diets. Too many choices mixed with misinformation and loud yelling from the extremes on both sides only makes the overwhelm worse. What to do about this? I’m a simpleton who wants to be lazy and do the best for my taste buds AND my health without wringing my hands too much.

What am I supposed to jump on the latest fad diet, screw up my metabolism, gain a few pounds while I’m at it, and finally fall off the bandwagon, to end up right where I started?

Luckily, fellow Delightful readers, we are smarter than that!

We can use SCIENCE to answer the proverbial question: does a low-carb or low-fat diet work better?

Lucky for me, a Stanford professor way smarter than me, recently published a paper that can shed some light on this question.

This is part 1 in a series of posts I’m going to share based on a talk I attended in San Francisco with Professor Christopher Gardner. This talk blew my mind, and I knew it was too useful and funny for me to selfishly keep to myself. All the golden nuggets of wisdom originated from Prof. Gardner. I can’t take credit for any of it except for absorbing and regurgitating the information with some whimsical illustrations and photos. As you go through the information, put your Skeptics Hat on and remember to ask yourself: Is this true? What experience in my life supports this? What negates it? If this is true, then what?

What was the Study about?

What did they do?

The participants were randomly assigned to 12 months on either a low-fat or low-carb diet. The researchers began by pushing them to the extreme, asking them to go down to 20 grams of fat or carb for 8 weeks. Then participants were allowed to raise the levels of fat or carbs to a level that they felt they could maintain for the rest of their lives, while still reducing fat or carbs based on whichever group they were in.

In addition, the participants had to attend 22 nutritional classes at Stanford. “Dietitian health educators” taught 1 class each on healthy low-fat and healthy low-carb (Gardner et al. 669). The remaining classes taught smart food habits like never eating in your car, what to do during holidays with family, and the importance of shopping at the local farmers market. 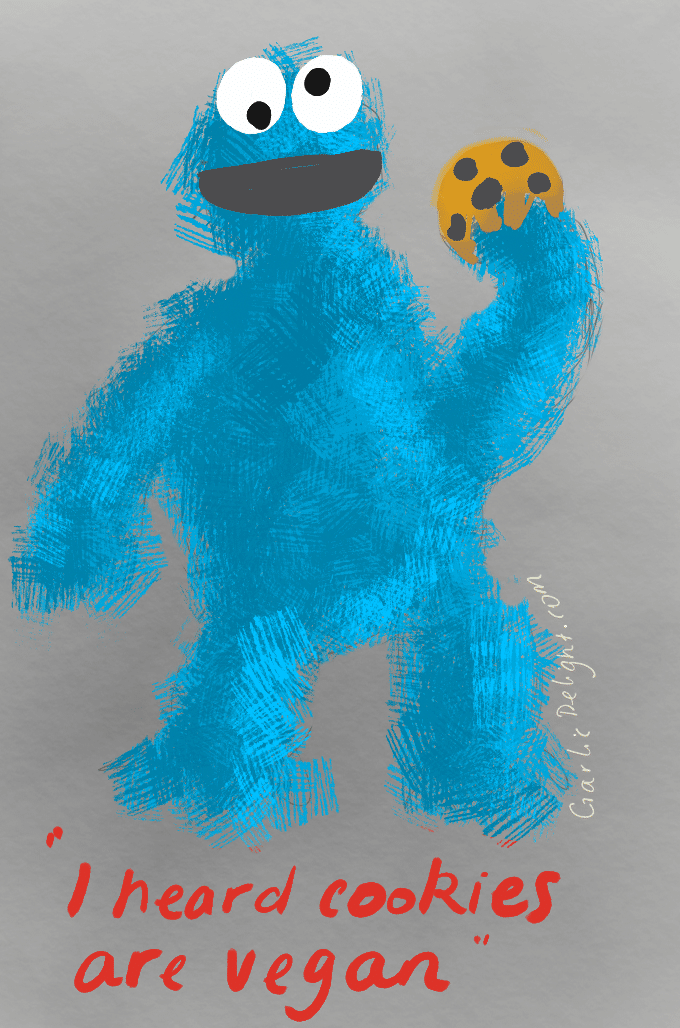 What were the Results?

The low-fat and low-carb group lost about the same amount of weight, on average.

To be sure, some people gained as much as 10 kgs. and others lost as much as 30 kgs. Since Americans are slower to adopt the logical and sensical metric system, allow me to explain that this means 22 lbs. and 66 lbs., respectively.

Are You Surprised by the Findings?

Prof. Gardner wasn’t. When someone asked him at the end of his presentation about what he expected from the study, he said that he wasn’t surprised by the findings regarding low-fat versus low-carb. The literature already supported this between-group finding (fancy SCIENCE term for meaning comparing the low-fat versus low-carb group). What was much more interesting, he said, was the within-group findings (meaning the difference comparing people within the low-fat group and within the low-carb group).

You, see, there was a sneaky little thing in the study.

The researchers got some extra money at the last minute. With the extra bucks, they were able to add the second hypothesis looking for effects from the participants’ genotype and insulin levels.

Backing up, what’s up with Genotypes and Insulin Levels?

It appears that these genotypes affect how a person metabolizes fats and carbs. According to previous academic research studies, there’s reason to believe that participants with “a low-fat-responsive genotype were observed to lose more weight when assigned to a low-fat diet than those assigned to a low-carbohydrate diet, and vice versa for those with the low-carbohydrate-responsive genotype” (Gardner et al. 667). Ooooo, what does that mean?

Well, we’re not sure. That’s the big money question that the Gardner et al. study was poking at. It turns out that this particular Gardner et al. study found that genotypes didn’t have an effect on weight loss. When people were mismatched, i.e. the low-fat genotypes were put on the low-carb diet, it didn’t seem to have an impact on their weight loss.

If genotype doesn’t have an effect (statistically significant, anyhow), would insulin levels matter? Previous studies have suggested that people who have “greater insulin resistance may have better success on a low-carbohydrate diet due to the decreased demand on insulin” (Gardner et al. 668) to remove the excess sugars to the bloodstream. Would someone’s baseline insulin level determine if they would be better off on a lower carb or lower fat diet?

This question is supremely interesting to me because of my paranoia at getting diabetes.

The researchers found that, no, they were not able to conclude that insulin levels would affect whether dieters are more successful on a low-carb or low-fat diet.

What does this all mean?

In Prof. Gardner’s words, low-fat and low-carb perform equally well. And so far, it looks like your genotype and insulin levels don’t make (much of) a difference.

One extra nugget of wisdom I drew from Prof. Gardner was the people who lost the most weight did a couple of important things:

I love that the takeaway at the end of this long stream of learning is something we knew all along: eat less cake and eat more vegetables to lose weight.

So, what are we all arguing about, again?

Vegans, paleo and keto dieters alike can all agree that eating a sleeve of Oreos (even though they are “low fat”) is probably not the road to an Adonis-like body. And scoffing down a tray of paleo brownies made with lard ain’t going to get you a slimmer waistline (no matter how “gluten-free” they are). 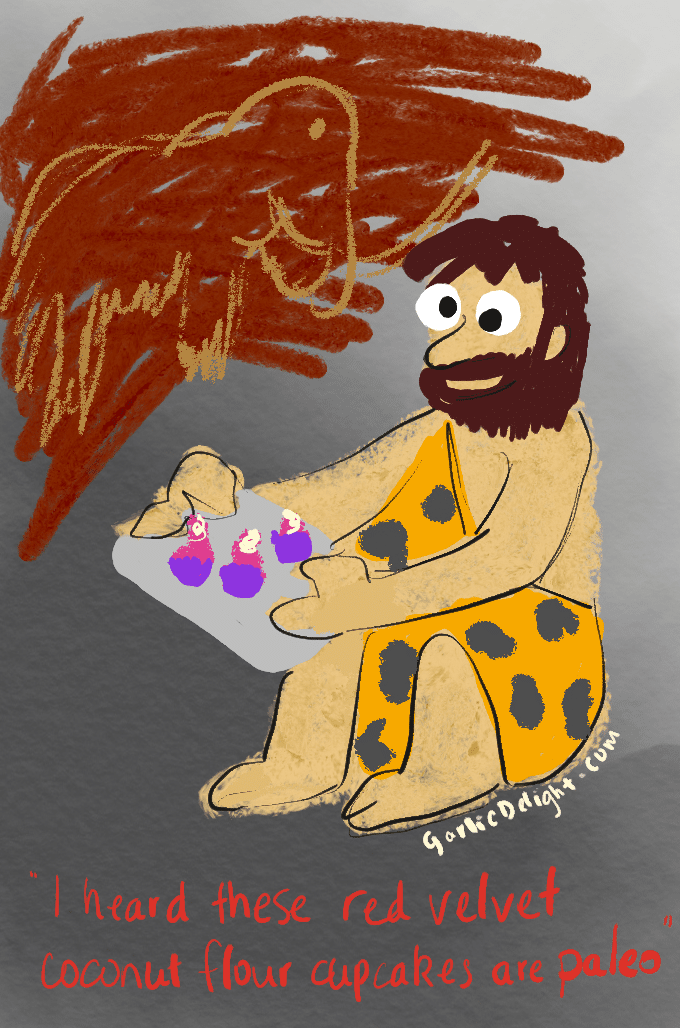 What’s funny is we’re left with the heart of the problem: how to cut down the nasty stuff that we’re hardwired to LOVE (added sugar and refined carbs) and eat the supposedly boring vegetables that Americans traditionally avoid because they are bland and dry.

So next time you, Delightful reader, are eavesdropping on one of these diet squabbles, remember to add:

Hey guys, I heard the latest thing is the all FIBER diet. Have you heard about eating something called vegetables? I heard it really works.

Just kidding, there’s no need to be a sarcastic little twit about food. Snobbery and food shaming have done more harm than good.

More seriously, it’s a relief to know that these little tweaks don’t matter. Vegan, paleo, keto, pescatarian, Mediterranean, fruitarian, Pastafarian. Whatever works for you is the best choice. Just stick to the core principles we all universally agree upon and you will live healthier and more energetic lives. What a relief, right?

2 thoughts on “Which Helps You Lose More Weight, Low-Fat Or Low-Carb Diet?”